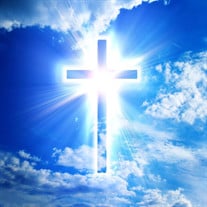 EDIGER, DONALD RAY, 82, born in Tulsa, Oklahoma, passed away on May 23, 2020. Private Cremation Services. Donald Ray Ediger, author, journalist and publisher, died May 23, 2020, at Mercy Hospital in Miami, Florida. He was a resident of Coconut Grove where he chose to spend his retirement. Don was born in Tulsa, Oklahoma on October 28, 1937, to Charlotte Rae (Winder) and Theodore A. Ediger. Don spent his childhood in Oklahoma, Mexico, Long Island and New York City. During this time, his parents took him to see his Grandmother, Mrs. J.B. Ediger (now deceased), in Buhler, KS. There his life was enriched by meeting some of the 14 Ediger cousins. Don held the distinction of being the oldest cousin. During high school Don and his cousin, Beth Baehr Bullard, enjoyed impressing their friends dancing the jitterbug. Don and Cousin Beth were very close and excelled at dancing! Also during high school, Don and his best friend, Boyd Scheff, traveled frequently to Venezuela on an oil tanker named the African Queen where they were “mess boys.” Don and Boyd were friends until Don’s death. Donald graduated from Mineola High School in 1956, already a well-traveled young man. He continued his education at the University of Virginia graduating from the University of Hawaii in Manoa in 1962. He completed his Master’s degree at the London School of Economics in 1965. According to Boyd, Don was the smartest man he ever knew. Don’s professional life led him to reside in several world capitals, including London, Paris, and Washington D.C. During his career he worked as an Intern for the New York Times, a reporter for the Miami Herald, a reporter for the International Herald Tribune and as a writer for Business week and the Democratic National Committee. Don was a true entrepreneur and a brilliant writer. He was most content when he was self-employed, writing articles about archaeology, history, politics, and even vampires. His book, The Well of Sacrifice (Holt), was published in 1971. It is an account of an archaeological expedition to Chichen Itza in the heart of Yucatan. While living in Europe for many years, he wrote for well-known publications as well as independently. Don moved back to the Miami area more than ten years ago where he continued his freelance writing, including editing a movie script. He had a wide circle of friends, many of whom were his daily breakfast companions. He would hold forth while sipping his ever-present espresso and glancing at his New York Times. He was witty, erudite, and entertaining, all while asking great questions and encouraging others. Don was an extremely private person. Those who knew him for many years could not say ten words about his private life because that was a part of him he did not share. Several of his friends and acquaintances suspected that he was somehow a member of or connected to one of the government intelligence agencies. Don never said anything that would encourage or dispel those suspicions.Don loved the Miami area, especially Coconut Grove. Although he was not a sailor, Don belonged to the Coconut Grove Sailing Club where he could be found almost every evening having his cocktail and entertaining his friends. Never one to believe weather reports, Don would always be seen with his ever-present umbrella. Don will be missed by all who knew and loved him. May his memory be a blessing.

EDIGER, DONALD RAY, 82, born in Tulsa, Oklahoma, passed away on May 23, 2020. Private Cremation Services. Donald Ray Ediger, author, journalist and publisher, died May 23, 2020, at Mercy Hospital in Miami, Florida. He was a resident of Coconut... View Obituary & Service Information

The family of Donald Ray Ediger created this Life Tributes page to make it easy to share your memories.

Send flowers to the Ediger family.